Here we have a whole bunch of processors. They each have a cache, so that’s indicated with the dollar sign. And usually they have a private cache as well as a shared cache, so a shared last level cache, like the L3 cache. And then they’re all connected to the network. And then, through the network, they can connect to the main memory. They can all access the same shared memory. And then usually there’s a separate network for the I/O as well, even though I’ve drawn them as a single network here, so they can access the I/O interface. And potentially, the network will also connect to other multiprocessors on the same system. And this abstract multicore architecture is known as a chip multiprocessor, or CMP. 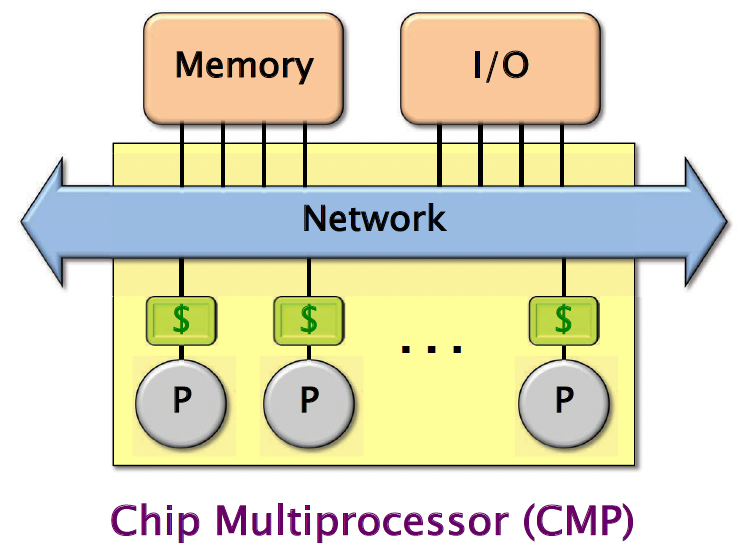 Let’s say we have a value x=3 in memory. If one processor says, we want to load x, what happens is that processor reads this value from a main memory, brings it into its own cache, and then it also reads the value, loads it into one of its registers. And it keeps this value in cache. 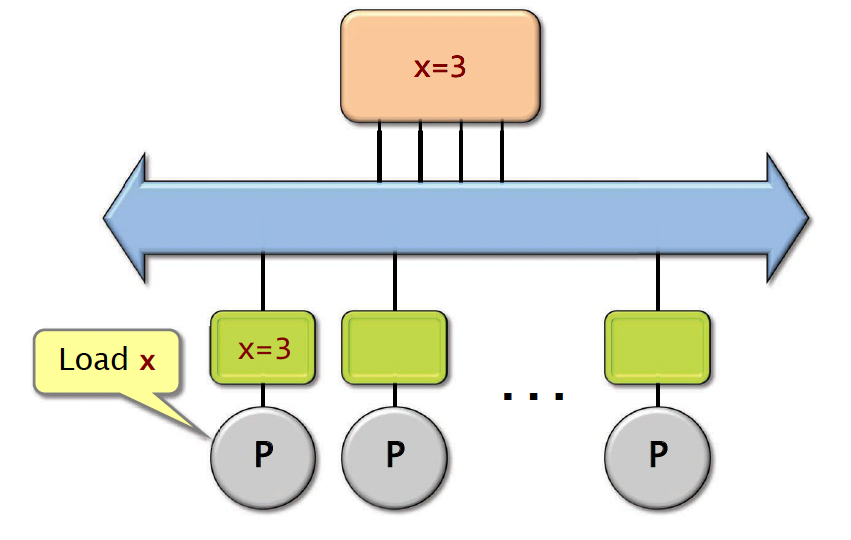 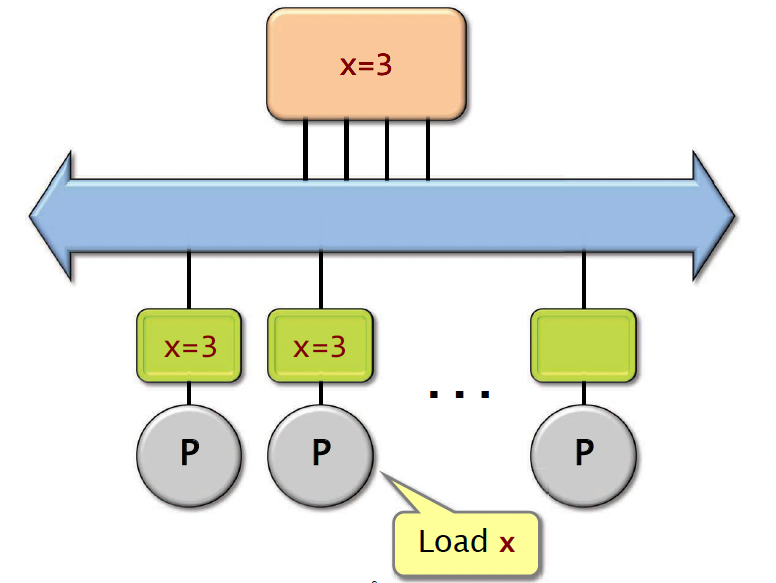 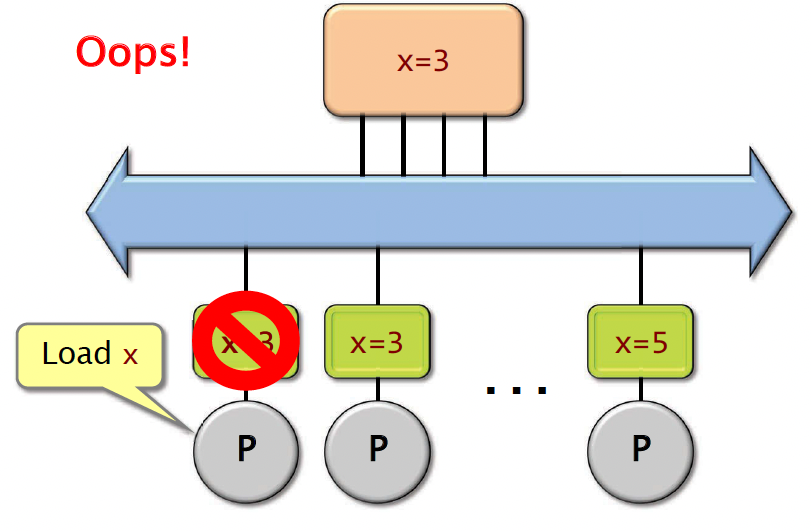 one of the main challenges of multicore hardware is to try to solve this problem of cache coherence - making sure that the values in different processors’ caches are consistent across updates.

One basic protocol for solving this problem is known as the MSI protocol. Each cache line is labeled with a state:

Most of the machines have 64byte cache lines.

To solve the problem of cache coherency, when one cache modifies a location, it has to inform all the other caches that their values are now stale. So it’s going to invalidate all of the other copies of that cache line in other caches by changing their state from S to I.

So let’s say that the second processor wants to store y equals 5. Let’s see how it works

We use the Fibnacci problem as an example. This recursive program is a poor way to compute the nth Fibonacci number, but it provides for a good didactic example.

The calculations of fib(n-1) and fib(n-2) can be executed simultaneously without mutual interference. 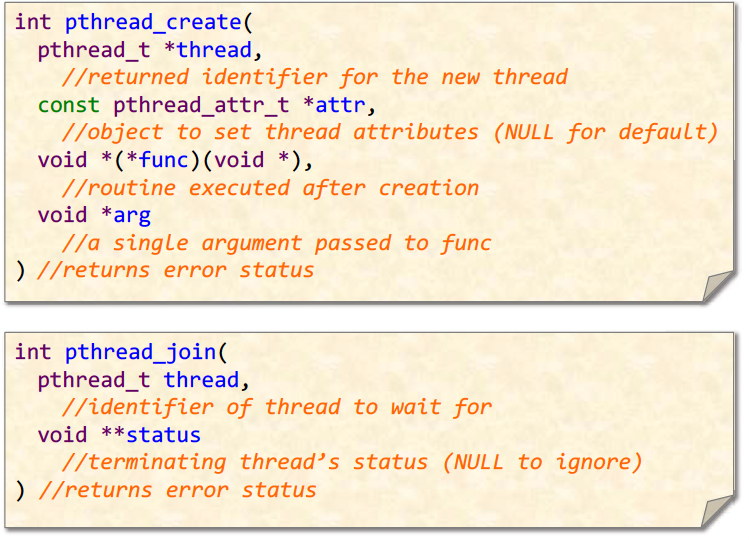 Here is the code for running fib concurrently using pthreads 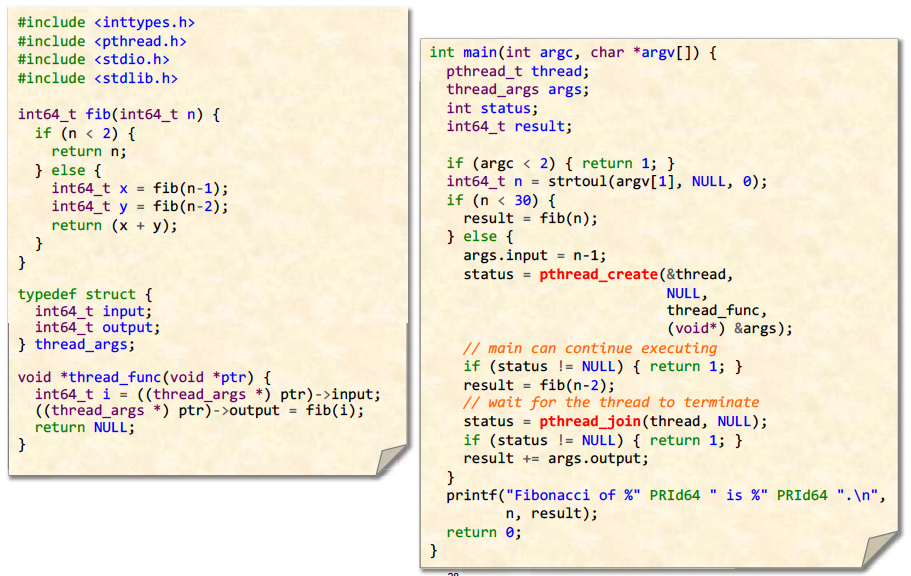 Note that the code doesn’t recursively create threads. It only creates one thread at the top level. The fib(n-2) executes on the same thread as the main(). 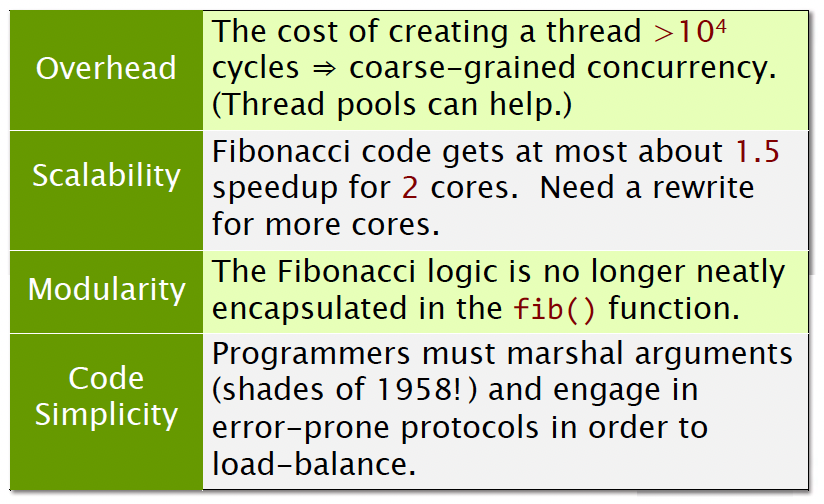 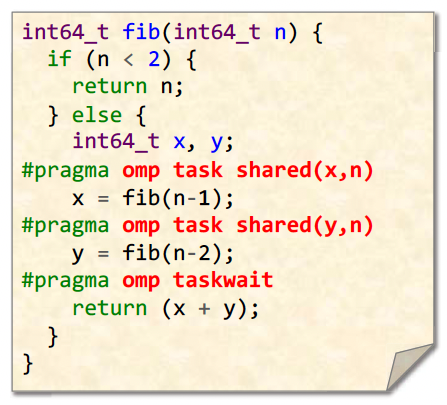 OpenMP provides many pragma directivesto express common patterns, such as