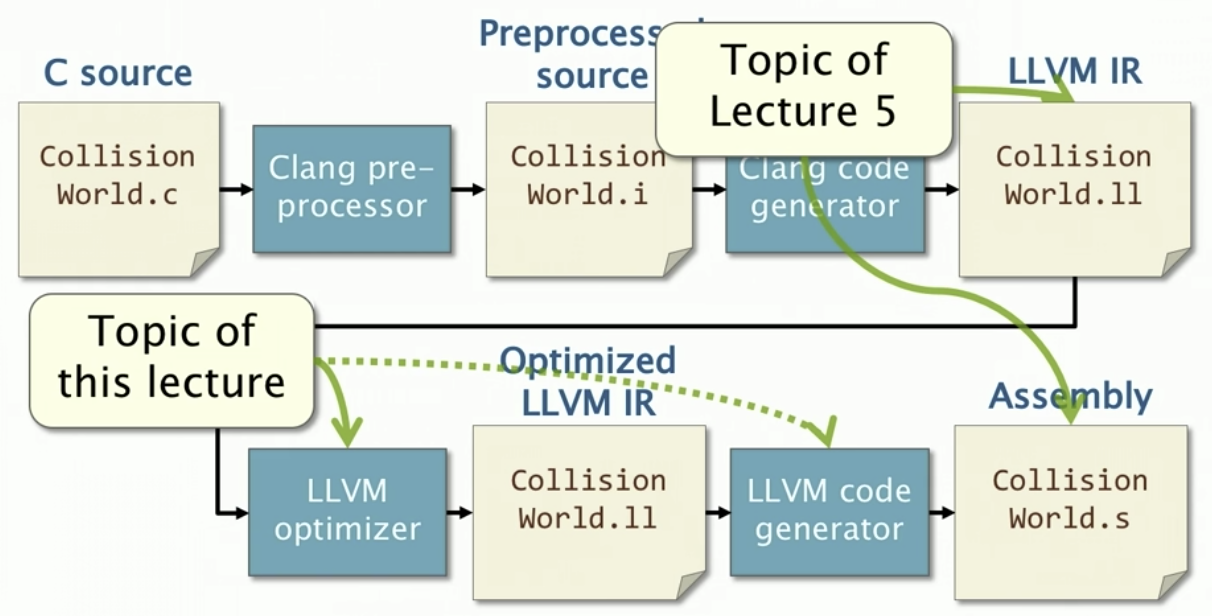 Why study the compiler optimizations?

Simple Model of the Compiler

Clang/LLVM can produce reports for many of its transformation passes, not just vectorization:

The argument <string> is a regular expression. To see the whole report, use “.*” as the string. 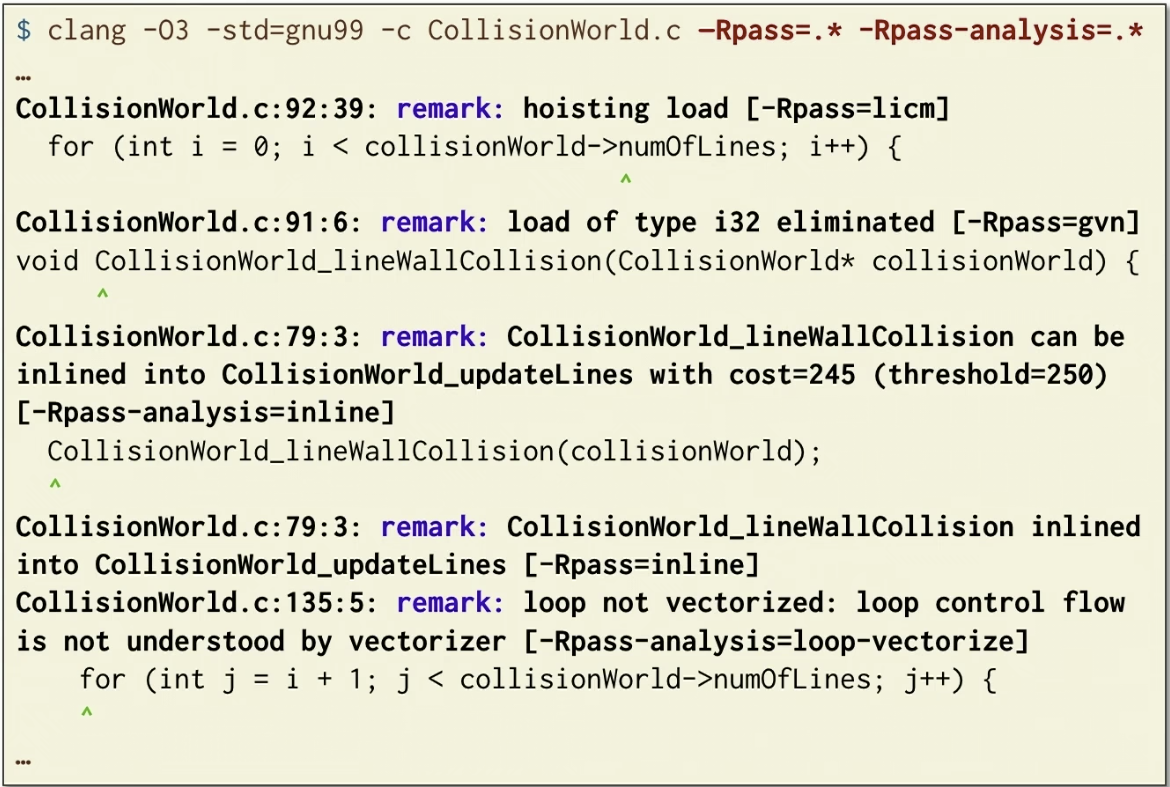 The good news: The compiler can tell you a lot about what’s doing

The bad news: Reports can be hard to understand.

We want context for understanding these reports 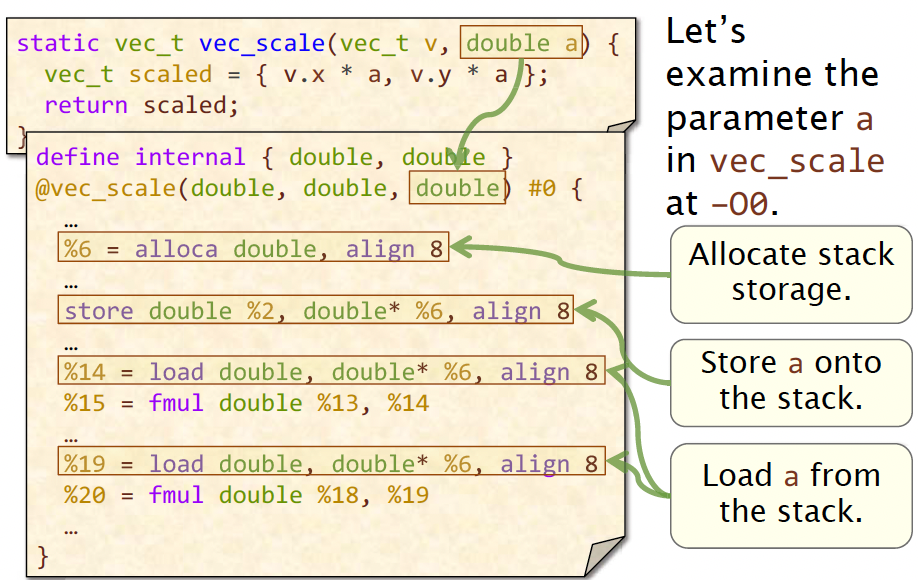 How do we optimize the code?

IDEA: Replace the stack - allocated varaiable with the copy in the register. Since the value of a is already in the register %2, it’s not necessary to allocate storage on stack. What we’re going to do is just replace those loads from memory with the original argument. 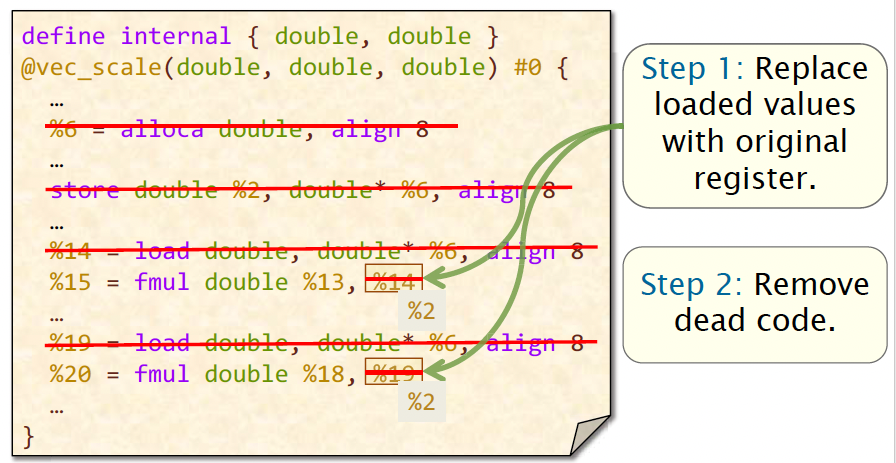 Summary: Compilers transform data structures to store as much as possible in registers.

Let’s see how compilers optimize function calls. In the first LLVM IR snippet, we have a function call to vec_scale, which is the second snippet. In this case, the vec_scale is a small function, compiler can just inline that function directly. 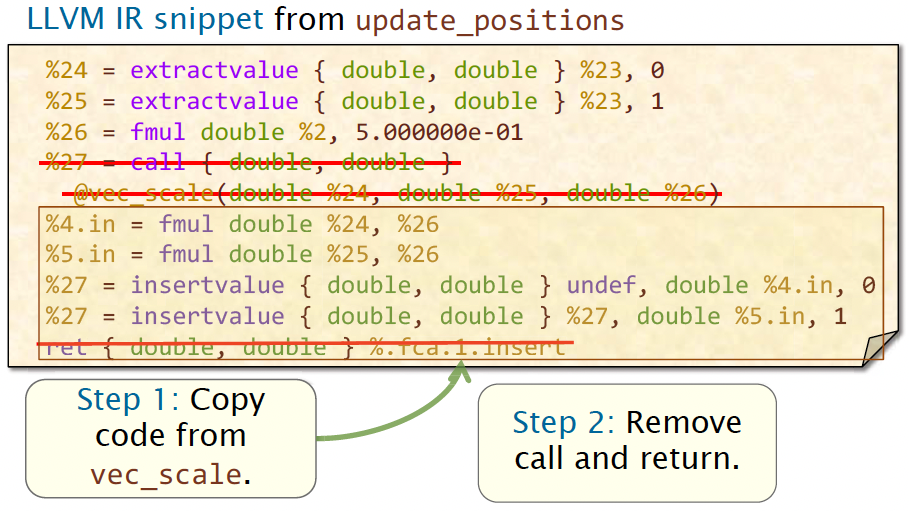 SUMMARY: Function inlining and additional transformations can eliminate the cost of the function abstraction.

Why doesn’t the compiler inline all function calls? 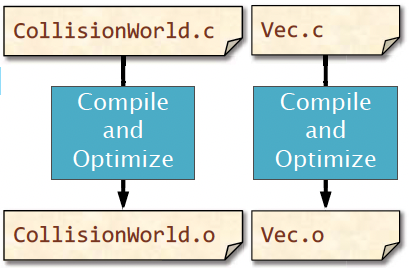 QUESTION: How does the compiler know whether or not inlining a function will hurt performance?

ANSWER: It doesn’t know. It makes a best guess based on heuristics, such as the function’s size.

the static inline keyword provides a hint to compiler but doesn’t guarantee the function to be inlined.

Compilers also perform a variety of transformations on loops. Why?

QUESTION: How long does the code take to run? ANSWER: 32 seconds!

Usually the code will run much slower than 32 seconds. Because there is loops in the program.

Let us look at another common optimization on loops: code hoisting, a.k.a., loop-invariant- code motion (LICM).

If we translate this code into LLVM IR, we end up with, hopefully unsurprisingly, a doubly nested loop. 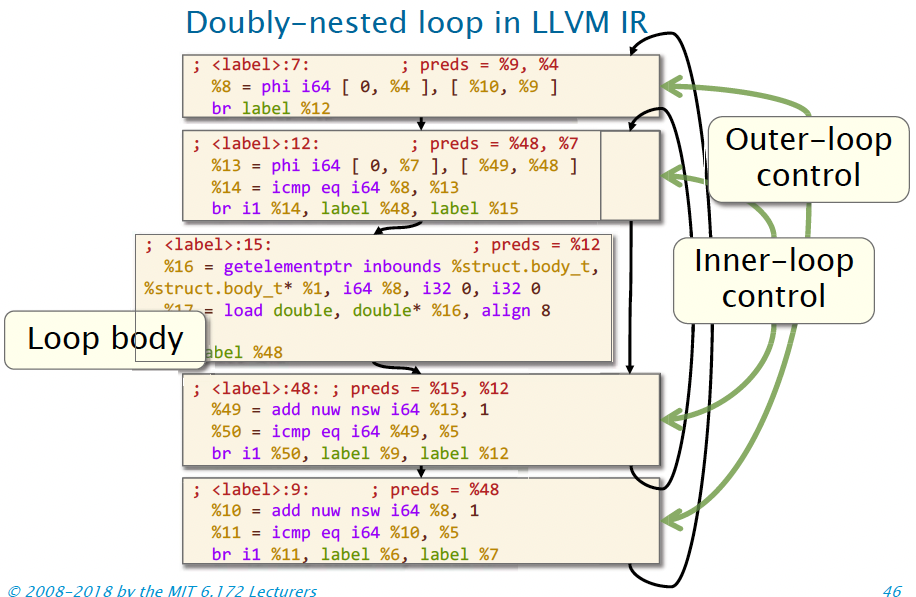 The first two address calculations only depend on the outermost loop variable, the iteration variable for the outer loop.

So what can we do with those instructions?

Move them out of the inner-loop body!

In general, if the compiler can prove some calculation is loop-invariant, it will attempt to hoist the code out of the loop.

Summary: What the Compiler Does

Compilers transform code through a sequence of transformation passes.